2015 was a prosperous year for Philadelphia- and Princeton-based KSS Architects, with 13 designers added to the team and dozens of new projects awarded.

In the past year, KSS has been awarded several projects in higher education, working with Cornell University, Rutgers University, Seton Hall University, Drew University, and the University of Pennsylvania. UPenn’s Pennovation Works, a project KSS is partnering with HWKN to implement, is revolutionizing the commercial-university-cultural innovation relationship, with spaces for innovators, entrepreneurs, and artists alike. 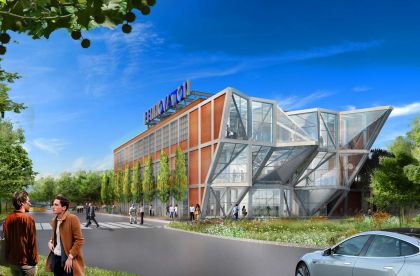 KSS has also extended its expertise in design of environments that support community, with projects for Uncommon Schools, a daycare center for Campbell’s Soup, and a new campus for Bancroft. The Bancroft campus is redefining design for individuals with autism spectrum disorder, with an immersive approach to connection to nature and an game-changing application of universal design. 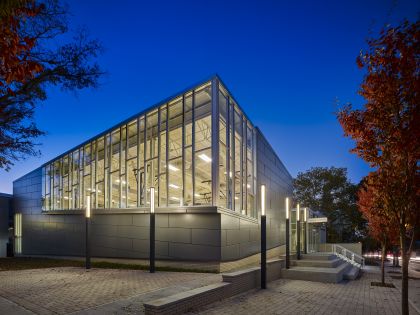 The world of commerce has also seen shifts, with KSS working on projects for W. W. Grainger, Burlington Stores, law firm White and Williams, and Sparks brand experience agency. The project for Grainger is on track to become one of the first LEED Platinum projects of its type and scale, a monumental accomplishment.

KSS Partner Ed Klimek, AIA, NCARB, says the firm’s growth in the last year has been incredibly meaningful.  “More than anything, it’s been the quality of our work that has shifted—with new projects that allow us to focus on architecture at the intersections of community, learning, and commerce. We’re greatly looking forward to what 2016 brings in terms of large-scale, complex, transformative projects.”