“Change is a messy, collaborative, inspiring, difficult, and ongoing process — like everything meaningful that leads to human progress.” – Beth Comstock

The latest installment of Defining Innovation featured former vice chair of GE, author, and perennial innovator Beth Comstock. Comstock was interviewed by Kathryn A. Himsworth, Head of Talent Development at Vanguard, and then joined by a panel of regional experts in innovation and change management. The panel, dubbed a “Strategy Salon,” was comprised of:

The morning began with an arts experience, an interactive mini-lecture on “Orchestrating Leadership” given by Executive Director and Founder of the Black Pearl Orchestra, Jeri Lynn Johnson, accompanied by four of the group’s musicians. Ms. Johnson characterizes her job as “to bridge the gap between the vision of the composer and the realization of musicians.” In the gap between vision and realization lies inspiration. So too, does innovation. 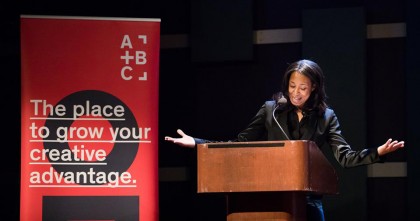 At KSS, we believe that innovation is the process, not the end result. As it turns out, Beth Comstock, twice named one of the “Most Powerful Women in the World” by Forbes and recent author of “Imagine it Forward,” agrees with us. When asked for her personal definition of innovation, Comstock replied, “Innovation is taking a risk to pursue something better.” Innovation is not the idea borne of it, nor is it the failure that is often the result. Comstock refers to failure as “the F word in business,” but insists that despite its bad reputation, you cannot succeed without first failing. Her advice is to fail fast and then, here comes the critical part, learn from that failure. 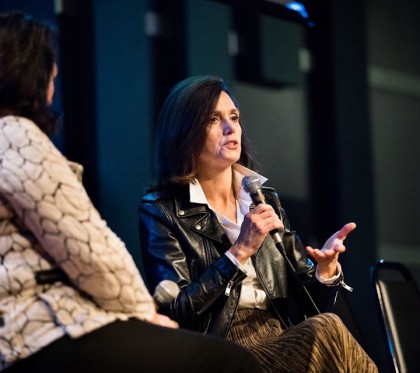 What can inspire innovation? Comstock believes in introducing outside sparks. An outside spark can be a competitor’s work, an external perspective, or a challenge to your hypothesis. Often, we are held back by attachment and reliance on old ways of doing things. Outside sparks, which Comstock calls spark-provocateurs, challenge established ways of thinking and can be powerful catalysts for change.

As architects, we see this concept expressed when conventional building typologies are upended to better support the process of innovation. Take the rise of interdisciplinary environments across academia and in workplaces. These reimagined spaces welcome outside sparks through the intersection of disciplines, density of varied types of space, and adjacency to diversity of thought, experience, and industry. During the Strategy Salon, Petar Mattioni touched on this topic, noting, “libraries are transforming from places where knowledge is kept, to places where knowledge is generated.” This is one example of the possibilities that emerge when we rethink conventions. 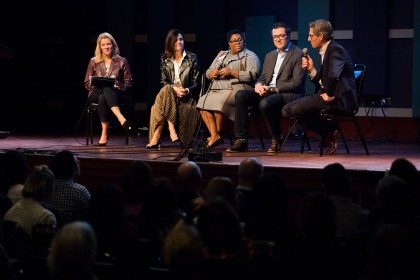 At Burlington Stores’ new headquarters, we designed a workplace that is also a marketplace; Burlington needed more than a traditional office space, they needed a place to interact with vendors and merchandise as well as collaborate with one another.

For the University of Pennsylvania’s Pennovation Center, collaborating with Hollwich Kushner, we broke down the silos often found in incubators and centralized co-working spaces to connect offices, labs, and shared resources to allow engineers to break out from their laboratory spaces and work across disciplines. 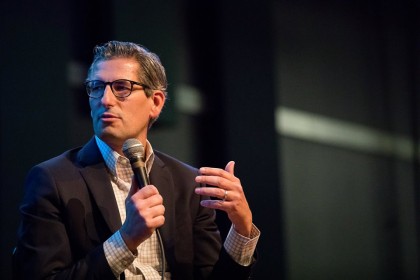 In our architectural practice, we aim to design environments that support the process of innovation while also recognizing that certain factors of this process, like serendipitous encounters, cannot be expressly scripted or planned for—rather, we can create environments with greater opportunities for them to occur organically.  As Comstock has said, “in change, people have to find their own path. You can’t mandate how that happens. But you can create the right conditions.” Architecture must create the right conditions for innovation, so that individuals are empowered to take risks to pursue something greater.

Posted by Katie Schaad
View Bio | View all by Katie